(‘turn of the sea’ or ‘return from the sea’) was a unique sailing technique devised by intrepid Portuguese sailors during the fifteenth century. In order to return home from epic voyages across the globe, ships would turn and set sail in the opposite direction away from Portugal. Once far out into the ocean, they could catch and ride the trade winds home. Before this discovery, naval missions failed with ships lost at seas and their crews doomed. The Volta do Mar ushered in an era of sea exploration, known as the Age of Discovery, that would come to change history and the world as we know it. Portugal would lead the other European powers in charting the unknown seas, enabling them to travel to distant lands, create empires, and discover worlds that they had previously not known existed. For the Portuguese explorers, mastering Volta do Mar required knowledge of the winds and seas as well as the skill and expertise to harness these powerful natural forces. For us, it symbolizes a special combination of knowledge and expertise, combined with a respect for nature and the environment, as well as the thrill of discovery and exploration.

We believe that travel is one of life´s best teachers. Our aim is to introduce you to the real Algarve. Travel opens us to new challenges and experiences, forces us out of our comfort zones, and enables us to learn about ourselves and others, life and the world. We believe in sustainable and environmentally friendly tourism. We enjoy the beauty of the natural world as well as the hospitality of local people. For that reason, we respect the environment as well respect the people whose homes we are visiting. MISSION: Our aim is to introduce you to the real Algarve. We want to take you to the best spots to dive, climb, and swim, as well as our favorite local hangouts for the best food, drink, and vibe. We don’t like the feeling of being squished into a tour group with lots of other people, so we don’t want you to feel that way either. Our groups stay private and small so that we can keep things relaxed while making sure that you stay safe and have a great time. For this reason, our availability is limited. We ask that you please give us as much notice as possible if you would like to join us; that way, we can help you plan an awesome holiday.

After years travelling around the world, we returned home to start a project that speaks to our hearts and minds 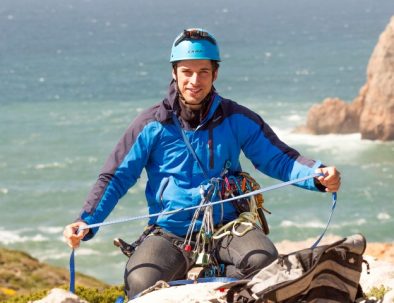 Andre is a local Algarvian raised on a diet of sunshine, fresh seafood and local sweets. He spent his childhood summers running around on the beaches of Lago, impersonating his favourite comic-book characters, occasionally getting into strife, and often passed-out in sugar-induced comas from eating too many delicious Portuguese treats. After studying tourism at university and learning capoeira, rockclimbing, mountainbiking, and diving, he did his best superhero impersonation and took off around the world to hone his skills and make a career out of fun and adventure. He has since travelled the world as a professional diving and climbing instructor, entertaining tourists in Greece, Thailand, Egypt, and France. 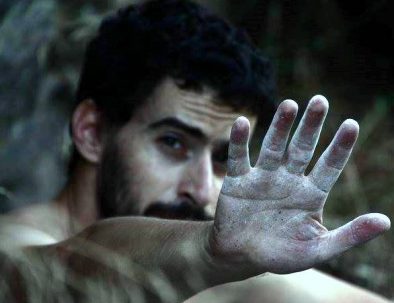 Pedro is our favourite computer geek. A local from the Alentejo wine region, he always shows up with a bottle of wine, dried sausages, cheese, honey and other delicacies that often come from his parents farm. Besides his technological knowledge, he is a climber, kayaker and quite the wine specialist. Probably the kindest person in the universe he is always happy to help everyone and he makes friends at the speed of light wherever he goes. 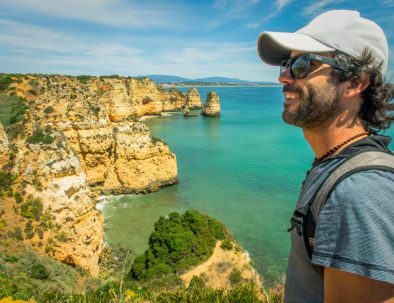 Ricardo is a true pirate. A fellow Algarvian, he is a climber, a diving instructor, boat captain and videographer. He used to spend half the year sailing the sea in a huge yacht, always returning to Portugal for the sunshine and good food. If you need a honest talk and a smile he’s your go-to person.

The members of the team that helped grow. Our doors are always open to them, so they might be back when you least expect it... 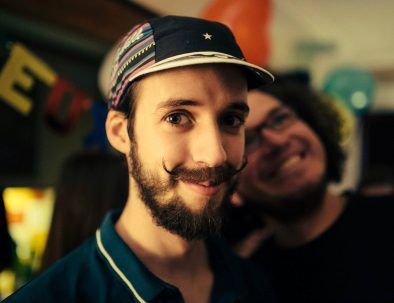 Quentin is our French cyclist excelsior! A business school graduate, he has been around having lived in France, the US and Portugal. Besides his mad skills with bicycles and the ability to climb any hill, he possesses a quirky, honest and hilarious sense of humour. He was in charge of keeping the office in once piece and was always ready to give a hand on the field when needed. 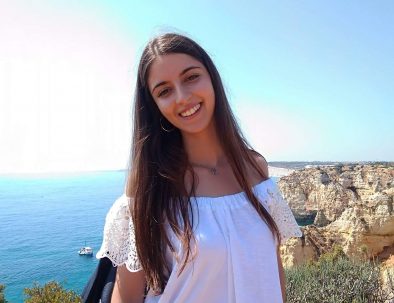 Jessica was a first year university tourism student when we met her. Possessing a gorgeous smile, a can-do attitude, no task is too big for her! You can count on honesty, straight talks and a huge sense of curiosity from this one. 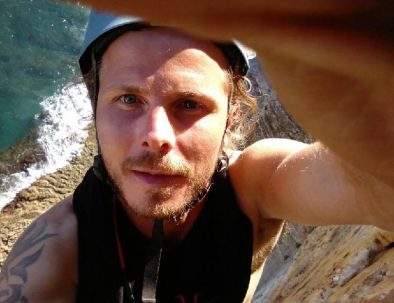 An old buddy, this climbing instructor extraordinaire is always up for the hardest climbs! Down to earth, easy-going and extremely motivated, this is the MAN to go to if you wish to become a better and stronger climber! (and a better person too!).
This website uses cookies to improve your experience. We'll assume you're ok with this, but you can opt-out if you wish. Cookie settingsACCEPT
Privacy & Cookies Policy

Any cookies that may not be particularly necessary for the website to function and is used specifically to collect user personal data via analytics, ads, other embedded contents are termed as non-necessary cookies. It is mandatory to procure user consent prior to running these cookies on your website.